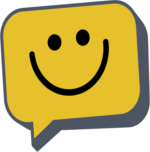 This is where I got to be a kid.

This is where I learned to care for people who weren’t exactly like me.

My Grandma spent her life taking care of her handicapped son, Chris, for over 40 years. Chris couldn’t walk, talk, eat by himself, bathe himself, communicate in any way; my Grandma did it all for him. Every day. Changed his diapers, bathed him, puréed and feed him every meal.. all of it.
Although it meant so much sacrifice, and being so bound to home, I watched her love and care for this person who couldn’t do it for himself. She did it so willingly and so happily, as if it were just what she were made to do. Talk about a mother’s love.
Chris had very scary seizures, he had to take so much medicine to help with them.. Grandma kept him alive 30 years beyond what his doctors ever said he’d live. She refused to give him up to someone who was in a facility who could help. He was her son, he was hers, and she loved him so unconditionally.

It made me want to try, too. She helped me feed Chris his meals when I’d ask to, sit with me as I fed him his drink after. All of the things she did for Chris, I wanted to try, too. She was patient and kind with me as she’d teach me how she did things for him.

When Chris passed away, that was the first time I’d ever seen Grandma cry. She was such a tough person. Selfless. Blunt as could be. And she NEVER wanted the attention on her (if she knew I were saying any of this, she’d come down from heaven and make me stop).

That’s just who she was. Always thinking of everyone else, never of herself.

It’s hard to describe one of the most amazing people you’ve ever known to someone who didn’t know them, but those are two huge things that help describe my Grandma.

When I get sad about her being gone, (which admittedly, has been a ton) there are two things I think about that have helped me.

Grandpa passed very tragically, only a short time after Chris passed. I have a vivid memory of Grandma and I sitting at her kitchen table together the night that he passed. She was crying, one of the only 3 times I’d ever seen her cry, and she said,
“How do you go practically your whole life with someone, and then one day… you just don’t?”

The other is a dream she had after Chris passed. The person she’d done everything for.. she said in the dream he was standing on his own. He was standing in the middle of a room (something he couldn’t do here in this life). He looked at her, smiled, and turned and walked away. She said that after having that dream, she felt a little bit more at peace.

And so I keep thinking about those two things.

Because now, she doesn’t have to be without Grandpa anymore, and now she gets to see Chris that way all the time; in a way that she never got to see him here. She also gets to see her first son, who passed away when he was just a baby. Her parents, her brother, her grandparents. She went through so. much. loss. in her lifetime. I cannot imagine how amazing it must be to reunite with all of those pieces of your heart that have been gone for so long.

We weren’t allowed to ask her if she was okay while she was sick; she would say, “DONT ask me that!” And then she’d redirect the attention and ask us something about ourselves. She also didn’t want us visiting her in the hospital, because she didn’t want us having that memory of her; even in her last days here; it still wasn’t about her. It was about everyone else. And that is how she lived her whole life. That’s how I’ll always remember her.

And while a piece of me is selfishly wondering that same thing she asked me after Grandpa passed, I know she’s so much more than just okay now.

Another piece of me wonders if her idea of heaven isn’t sitting on that porch, reading her book, watching the humming birds.

This is my favorite place in the world. And while it’ll never be the same without the three people who made it so much that way;
that’s what it’ll always be because of them.